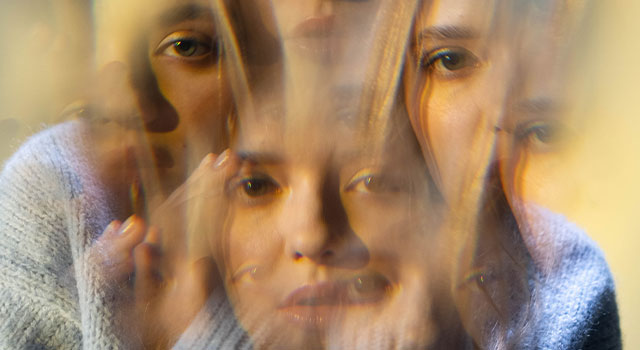 Any eye condition that results in vision loss can lead a person to experience visual hallucinations. Wet age-related macular degeneration (AMD) is no exception. Wet AMD is caused by new blood vessels leaking fluid into the retina, resulting in permanent macular damage and vision loss.

Visual hallucinations caused by vision loss are also known as Charles Bonnet syndrome (CBS) — an infrequent yet disabling symptom of wet AMD. These hallucinations, unrelated to mental illness, can be highly disconcerting and even frightening when they first appear.

The hallucinations have no known cure or single treatment. However, by understanding what causes them, you’ll be able to reduce your anxiety when they occur and establish techniques to get through them with minimal discomfort.

Contact Low Vision Center At Rancho Mirage Eye Care Optometry if you're experiencing vision loss and associated hallucinations. We can help you manage your symptoms and help you maximize your remaining vision.

What is Charles Bonnet Syndrome?

It is estimated that 50-60% of people suffering from severe vision loss experience visual hallucinations. Patterns, as well as more complex pictures such as people, animals, flowers, and buildings, can appear during these hallucinations.

This occurs because, in patients with severe eye diseases, such as age-related macular degeneration, glaucoma, or diabetic retinopathy, the eyes no longer send visual signals to the brain as before. Without them, the brain fills the void by recalling images from memory, resulting in visual hallucinations.

CBS was named after Charles Bonnet, an 18th-century Swiss scientist who first identified this condition in his grandfather and then developed it himself.

CBS hallucinations may appear as simple as flashes of light, colors or shapes.

Others may experience more complex structures, such as geometrical grids and lattices.

Landscaped gardens, animals, people, and a procession of costumed characters wearing hats have also been reported by CBS patients.

Some people find their hallucinations enjoyable, while others find them to be an unwelcome inconvenience, especially if they temporarily obstruct vision.

When Do Visual Hallucinations Occur?

CBS hallucinations come and go without warning, typically spanning over months or years, with no apparent reason and no connection to cognitive or psychiatric disease.

The syndrome’s prevalence in patients with visual impairment varies from 10% to 15%, but can also affect patients with other eye conditions or diseases, including glaucoma and stroke.

While CBS is more frequent in those over the age of 80, it can affect anyone at any age. In fact, people can also experience visual hallucinations even if they just have minor vision loss or small blind spots.

Exactly what causes visual hallucinations is unknown, but researchers believe that the interruption or destruction of nerve cells leads to the loss of signals from the eye to the brain. MRIs show that these visual signals ordinarily inhibit some nerve activity in the brain. So when the signals between the eye and brain are missing, there is more spontaneous nerve activity, which is perceived as hallucinations.

How to Manage Visual Hallucinations

Eye movements appear to reduce the severity and duration of hallucinations. Even if individuals have limited remaining vision, eye movements engage visual areas of the brain in people with macular degeneration. Certain types of hallucinations, notably patterns and colors, may be stopped by these motions.

The technique is unlikely to work if the hallucinations have not stopped after four or five attempts. However, you might want to try again later.

Other ways to stop a hallucination:

If you have wet AMD and are experiencing visual hallucinations, contact Low Vision Center At Rancho Mirage Eye Care Optometry. We can help.

Q: Are there risk factors for CBS?

Q: Can other conditions cause visual hallucinations?